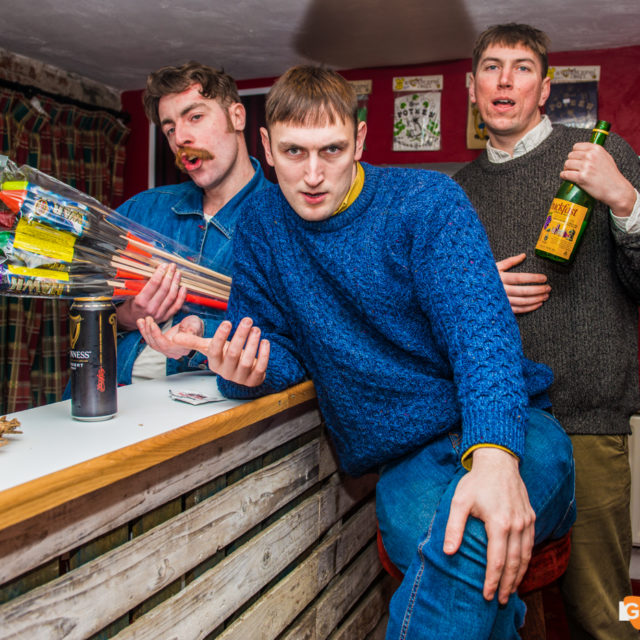 The Mary Wallopers return to Belfast on Friday 9th Dec as part of their massive U.K./Irish tour and will play the new Mandela Hall. Tickets on-sale this Friday at 10am via www.ticketmaster.ie

“Best of all was a mischievously brilliant set from Irish band The Mary Wallopers, whose open and gleeful contempt for the audience seems to go by almost entirely unnoticed.” The Independent (at Wilderness Festival)

The Mary Wallopers release Frost Is All Over on today (23rd August). The track is the perfect introduction to one of the most exciting bands to emerge over the last few years, a band whose take on traditional Irish music has a raw energy best described as Dead Kennedys meets The Clancy Brothers. The Mary Wallopers on Frost Is All Over: “Frost is All Over is a traditional Irish song about taking everything in your stride and not caring about what everyone says you should care about. We added the verse about landlords as we feel they are a sensitive sort who need reminding of how much we care about them. It was recorded by Chris Barry in his Dublin studio in 2021. It’s an old song made famous by Planxty. The video was shot by Sean McMahon and the set was designed by Mark Sheridan. Sean is from Dundalk like us and has worked on our livestreams before. It was shot in the old AOH Hall in Blackrock, Dundalk, which local music legend Conor Hughes allowed us to use. The video is our way of introducing the new band and how sexy we have become over lockdown. Our home studio/pub was too small to fit everyone in so we had to branch out but still keep it Dundalk.”Frost Is All Over is taken from The Mary Wallopers debut album, due for release in the autumn, when the band head out on a major tour of the UK and Ireland, including a massive London show and a New Year’s Eve party in Limerick.